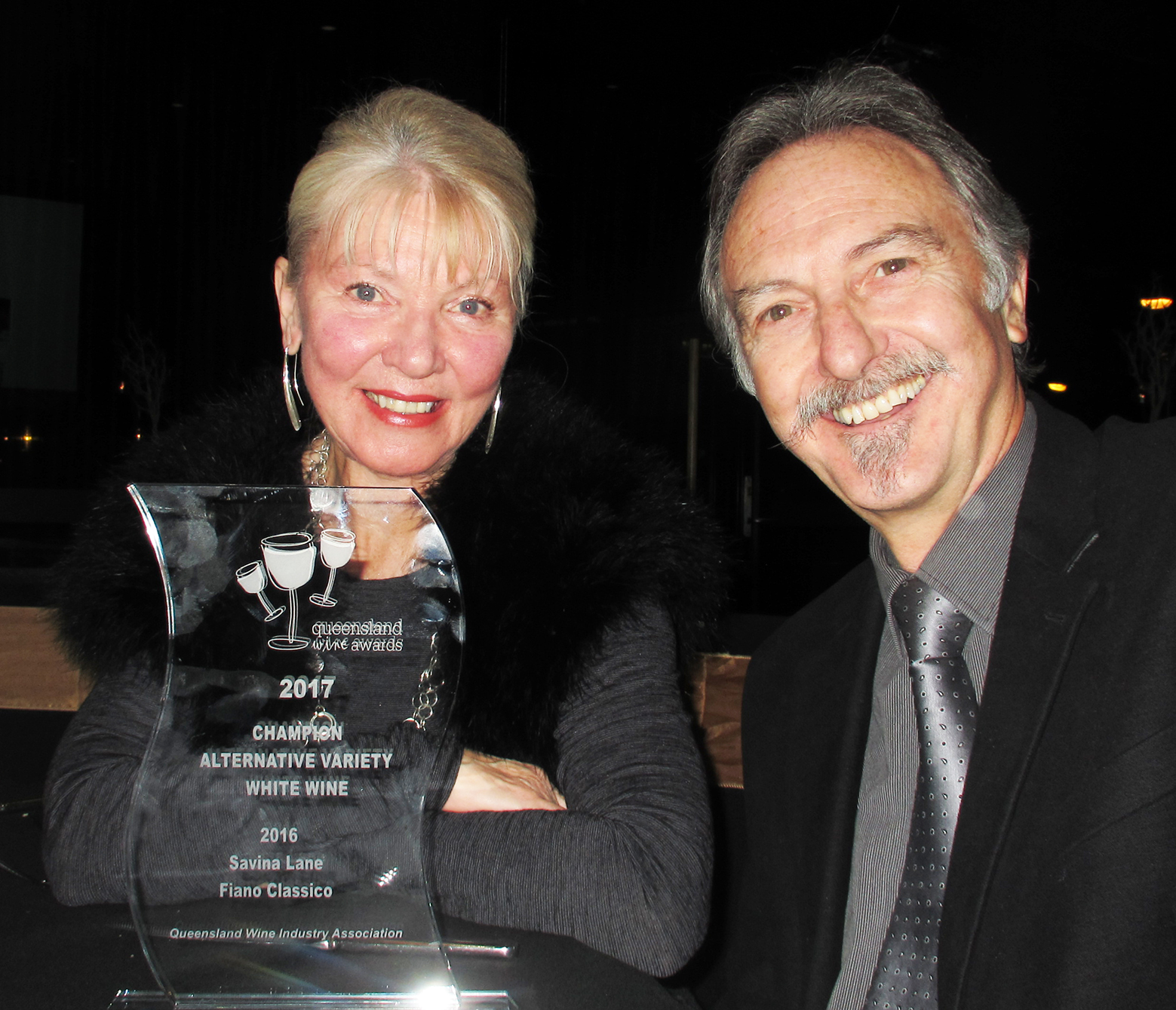 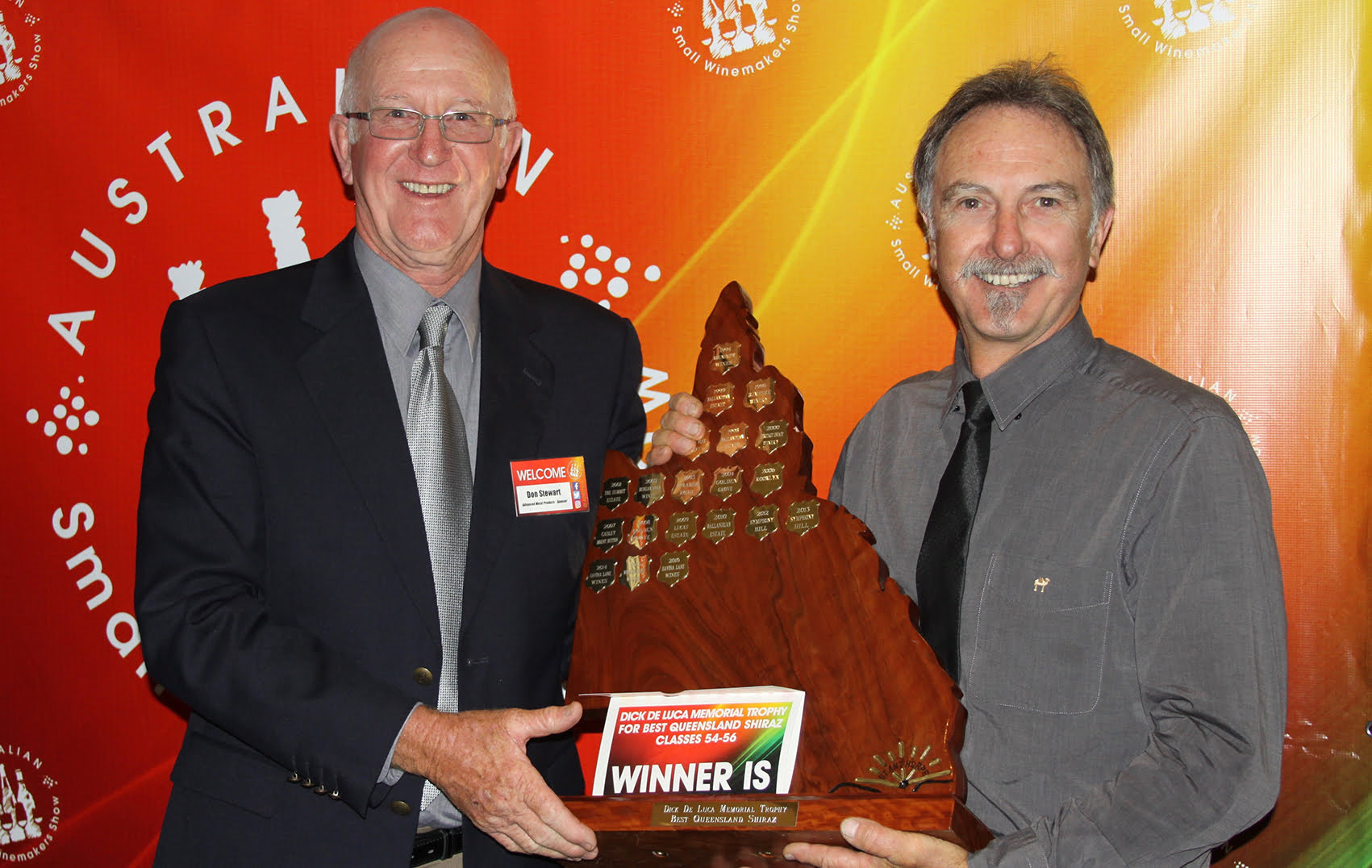 We can’t quite believe it but  both our Fiano Classico 2013 and the Reserve Graciano 2012 have won Gold at the 2014 Australian Alternative Varieties Show in Mildura Victoria.

This is perhaps the most important Wine Show for alternative or emerging varieties, which we know as Strange Bird here on the Granite Belt.  It attracts entries from big and small producers all over the country and several international judges are included on the judging panel.  We are the only winery that grows Graciano in Queensland as far as we know. The variety has a long history in Spain where it is believed to be the ancestor of many of the wine grapes that now flourish throughout the Mediterranean

We had no expectation of winning a medal but entered a couple of our wines to benchmark them against Australia’s best non-mainstream wines.

And all this just a week or so after our gold and double trophy win at the Australian Small Winemakers’ Show for our Old Vine Shiraz, (Best Queensland Red Wine and Best Queensland Shiraz). It’s a wonderful beginning.

Our new cellar door and underground wine store, which was blasted from a small granite promontory overlooking the vineyard, is still on track to open around Easter 2015. 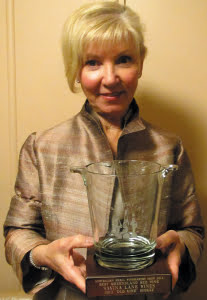 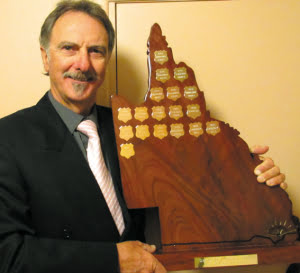 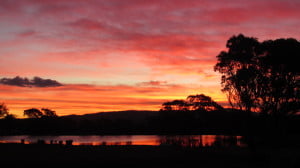 There is a lot to be done in a vineyard while the vines are sleeping. This year those sub-zero temperatures that our vines need to go into a deep, deep sleep have not yet arrived – although we’ve had one or two nights below zero – but not enough yet. Some of our vines have actually sprouted new leaves. In June! We’ve given them a good talking-to and sent them back to bed. Pruning will have to be held off right until Winter’s end, or even very early Spring this year. The long dormant phase of the vineyard gives us the chance to catch up on all the things we didn’t have time to do last year once buds had burst, tiny fruits had appeared and vintage was upon us. There are always bird nets to be repaired, grafts to be done, perhaps new wires or posts to be put up. Our new cellar door is taking shape and that has added to the workload. But even so, we love this time of the year with its glorious sunsets and cold, crisp mornings followed by sunny mild days. This is a special time of year on the Granite Belt. A time for exploring the National Parks, sitting in front of log fires with a glass of one of our wonderful Granite Belt wines. And of course visiting wineries to taste the new releases. For a city girl, I seem to be coping with living in the country. I am beginning to know the vineyard – beginning to understand that each variety has its little idiosyncrasies and special needs. The charm of the vines is weaving its spell and I am finding myself drawn in. Wanting to spend more and more time working peacefully among them rather than hankering for the theatre of the shops. There are unexpected pleasures of vineyard life – like face to face encounters with our resident kangaroos as I turn a corner to enter a new row of vines, or the flocks of water birds that new make our lovely little man-made lake their home. Always some new fly-in fly-out visitor to watch for a while.